For family friendly cycling a bike ride needs to be reasonably flat and as safe as possible so that Mum and Dad can relax too (as far as possible anyway!). 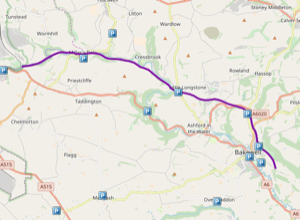 There are several starting points for the Monsal Trail but the closest and probably the most accessible is the Hassop Station car park. The whole trail is 8.5miles long (17 miles if you go all the way to both ends and back). If you want to do it all, I’d suggest going left to start with and making a quick 1 mile dash towards Bakewell. If you’re not bothered about completing the whole length, then go right on the trail to start.

You can travel almost as far as Buxton if you have the energy. The beauty of doing it this way is that it ever so slightly downhill all the way back to Hassop Station 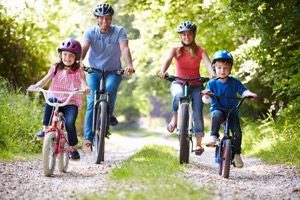 The scenery is immediately interesting and varied and it will not be long before you are plunging into the darkness of one of the four tunnels re-opened in 2011. The tunnels are lit during daylight hours but the light is very subdued. With that in mind, it may be useful, but not essential, to have lights on your bikes.

After the first tunnel, you will be atop the famous Headstone Viaduct (usually called the Monsal Dale Viaduct). There was much controversy when it was first built in 1863. You can imagine that many people thought the valley completely spoiled by its arrival. It is hard to imagine the landscape without it now, however, and, indeed, there has been a preservation order on the viaduct since 1970. Make sure you stop for the wonderful views up and down the River Wye.

Shortly after the Viaduct, you’ll see Cressbrook Mill, a cotton mill built for Sir Richard Arkwright in 1783. The current building was built in 1812 after the first mill was destroyed by fire. Manufacturing only ceased here in 1965. The Mill has now been turned into apartments.

A few miles on is Litton Mill, a cotton spinning mill that became well known for the ill-treatment of the children that came to work there. 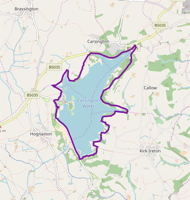 Carsington Water is the 9th largest reservoir in England and when full can hold an amazing 7,800 million gallons (or 35,412 megalitres!) of water. The reservoir was opened in 1992. It takes water from the River Derwent during the winter and then slowly releases it back during the summer months.

There is a wonderful 8 mile gravelled track around the reservoir which is great for cycling or walking. It is a rolling path so you or your children may need to get off in one or two places. Some descents can also be a little slippery at times.

There are a couple of points where the cycle path crosses access roads so do watch out for little ones at those points.

There are a number of bird hides around the reservoir which might be an ideal opportunity to stop for a break.
On your return to the car park there’s a great cafe with a view across the water.

The Tissington Trail follows the course of the London and North Western Railway, between Ashbourne and Buxton, that first opened in 1899. Along with many other lines, it closed in the 1960s and remained unused until the National Park Authority bought it for use by walkers and cyclists.

Along the same lines as the Monsal Trail, I’d always recommend that you are heading downhill for the second half of a bike ride. To achieve this on the Tissington Trail, you’ll need to travel to either Asbourne, if you want to do the Trail’s entire length, or perhaps Tissington itself, to start.

The trail is completely off road which is a bonus, however, the trail does follow quite an elevated route and can be a bit exposed to sun and wind and rain – consider yourself warned! 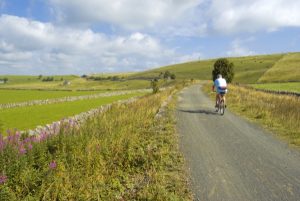 Tissington, just a short diversion off the trail, is an extremely picturesque village, with Tissington Hall at its heart. the Hall is open for visitors at certain times during the summer. It’s lovely just to have a wander around the village
There is a restored signal box at Hartington Station which now serves as an information center, open at the weekends during the summer. 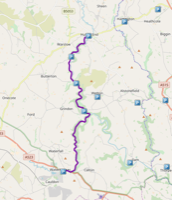 The Manifold Valley trail follows the route of the disused Leek & Manifold Light Railway from Hulme End to Waterhouses. The railway was originally used to transport milk down the valley for onward transportation to London. It also served tourists visiting the valley’s beauty spots.

The trail is mainly off road, with the exception of a 1.5 mile section along a single track country lane. There’s also a 100m tunnel at Swainsly that is dimly lit 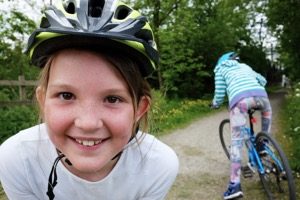 The scenery along the Manifold Valley trail is varied, from towering rocky outcrops to picturesque valleys, a river that disappears into the limestone only to reappear further down the valley and wooded slopes.

As you head along the valley floor you will see Thor’s Cave about 250ft (80 meters) above you. It’s a worth a diversion up the easy stepped path to take a closer look at the cave, if only for the tremendous views of the valley. Remains and artefacts found at the cave suggest it was occupied by humans throughout the stone and iron ages 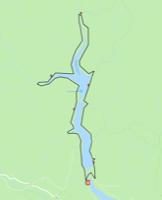 This circular route takes in the three interconnecting reservoirs of Ladybower, Derwent and Howden
Start at the visitor centre at the top of Ladybower reservoir. The circular route is 11 miles although it can be extended to 14.5 miles if you don’t turn across the base of the Derwent Dam but cycle down to the Ashopton Viaduct and then back up to the Visitor Center towards the end of the ride.

The route is partly on road cars are excluded from using the road at weekends during the summer. There’s a wide cycle path across the Ashopton Viaduct so there’s no need to go onto A57 if you have extended the ride.

History of the reservoirs

The Derwent and Howden Reservoirs were built in tandem between 1901 and 1916. The reservoir of water held by the Derwent and Howden was still not large enough, however, to support the surrounding population so the building of the third reservoir, Ladybower was started in the 1930s and completed in 1945.

During the Second World War, the British identified the industrialised Ruhr Valley and its dams as a key target. They believed that if they could destroy the dams, the German war effort would be seriously compromised. The construction of the Derwent Dam was very similar to that of the German dams, so the pilots and crews of 617 Squadron used Derwent Reservoir to practice the low-level flying that would be needed to drop their revolutionary bombs. The operation to destroy the German dams became known, of course, as the Dam Buster raids.

On this ride you’ll see great scenery; woodland, moorland, water and the dramatic Victorian dams. Look out for birds of prey including peregrine falcons and merlin.

If you intend to hire bikes you may need to bring a form of identification and may need to leave a deposit – please check on the relevant website. Hiring a bike can be a really fun way to try a different form of cycling; tandem perhaps, tricycle, electric bike or perhaps handcycle