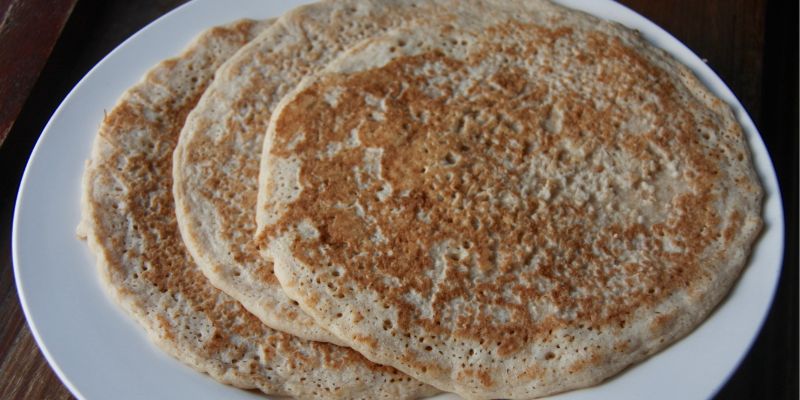 Because of the climate and poor soils, it has been much easier to grow oats in Derbyshire than wheat. Oats and oatmeal replaced wheat in much of the bakery before the age of transportation. Derbyshire oatcakes are not like the Scottish version, however, which are dry digestive sized biscuits. The Derbyshire oatcake is more like a cross between a pancake and a warm flour tortilla wrap. It’s generally made with 50% oatmeal with all its associated health benefits.

You can make them (see a recipe below) or simply buy them cold from the local butcher or baker.

They stay fresh for about 10 days in a bag in the fridge.

Can you freeze Derbyshire Oatcakes?

Yes, put a sheet of clingfilm between each one so that you can take them out individually – they become a very handy resource to have in the freezer.

How do you reheat Derbyshire Oatcakes?

Medium grill or fry for 4 mins, turning them halfway through

What can I put on a Derbyshire Oatcake?

You can put pretty much anything savoury or sweet onto an oatcake, roll it, wrap it or leave it open. Traditionally oatcakes were served as part of an English breakfast.

They are a great way to use up leftovers, especially if they contain some sauce such as curry.

The simplest thing to do with them would be to grate some cheese and add fried onions and mushrooms. You could also try spinach or peppers, hummus or perhaps some tinned salmon. Wrap gently and tuck in!.

How many calories are in a Derbyshire Oatcake?

There are approximately 175 calories per oatcake

Come to Derbyshire and try them for yourself. Book a cottage with us and we’ll provide the oatcakes. Add the note “WE’D LOVE TO TRY SOME OATCAKES PLEASE” to your booking. 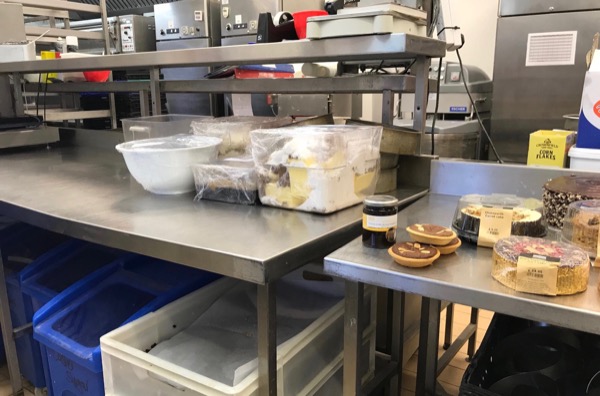 History of the Farm Shop

The Chatsworth Farm Shop was established in 1977 by the later Dowager Duchess, Deborah Devonshire, to make best use of the livestock raised on the Chatsworth farms. It was just a very small outlet, selling whole beef and lamb carcasses.

Five years later, the Chatsworth House chef was asked to make some extra cakes that could also be sold in the farm shop. The rest, as they say, is history. Philosophy of the Farm Shop

The philosphy of the farm shop is to source as locally as possible, the estate first, then the tennant farms, then other Derbyshire businesses. Only if a product cannot be sourced nationally will an international supplier be sought.

As you would expect, quality is paramount and corners aren’t cut in production. For example, a good amount of brandy goes into each fruit cake and Christmas pudding and those products are left to mature for a minimum of 6 months.

On a behind the scenes tour you’ll get to meet the faces and personalities who bake, butcher and cook a lot of the produce that is on sale and discover some fascinating facts along the way.

A real surprise to us was the scale of production at the farm shop. I think that we were expecting it to be bigger, however, the produce is not mass produced, production line style. Care and attention goes into each cake, pie or butchered joint.

There are three production areas bakery, butchery and main kitchen. Each is only a little bigger than our own kitchen. The staff are there 364 days a year, the bakers being the first on shift each day at 2:30am.

Part of the tour is to sample some of the produce and to experience the Farm Shop Cafe. Yummy! The tours are only run three or four times a year but, if you get the opportunity, it’s a fascinating way to spend an evening. 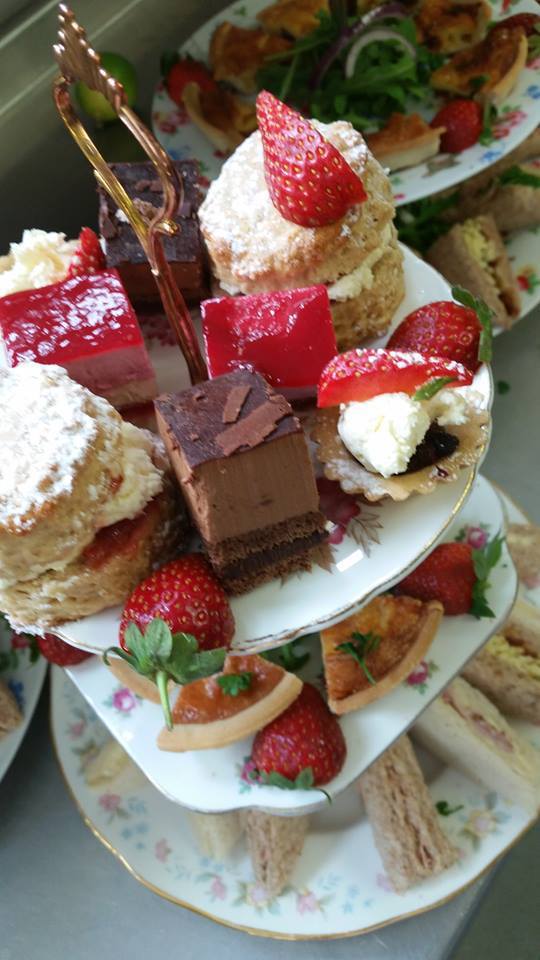 Afternoon tea is a quintessentially English custom started in the early 1800s by the seventh Duchess of Bedford, Anna Russell. At that time, it was normal to only eat twice a day with dinner being late. The Duchess didn’t like the hunger pangs that she was getting mid-afternoon so she started the habit of taking tea with a snack. She invited friends to join her, it became fashionable (we can understand why) and the tradition was born! Where does the phrase ‘high tea’ come from?

The upper classes were served tea on low tables so became known as ‘low tea’. The middle and lower classes generally had their tea a little later and it generally took the place of dinner. Because it was served at the dinner table it became known as ‘high tea’. It generally included savoury items. The term ‘high tea’ has become synonymous with afternoon tea, particularly overseas.

Scones were only included as part of afternoon tea in the early 1900s. Whether you out the jam on first or the cream largely depends on where you are in the country. If in Cornwall, then the jam goes on first, if in Devon, the cream! Historically, milk was put into the cup before the tea to protect the fine porcelain china.

Where did the tea bag come from?

The tea bag was invented by accident. In 1908, an American tea merchant would give his customers small samples of his teas in silk bags. One customer thought that you were supposed to immerse the whole thing rather than extract the leaves from the bag!

Great places for afternoon tea in the Peak District It may be wise to book ahead:

Lea Gardens is a Rhododendron Garden just outside the village of Lea, close to Matlock in Derbyshire. The Garden covers approximately three and a half acres. It is situated within a woodland area, with access paths which allow visitors to see the 500 or more varieties of rhododendrons, azaleas and other plants.
The garden was established by John Marsden-Smedley (of knitwear fame) in the 1930s and was inspired by visits to Bodnant and Exbury Gardens. The garden has grown and the number of species added to over the years and a tea shop was also added which you really shouldn’t miss – the cake selection is amazing!

The Garden is open to the public for viewing and plant sales (and you do not have to enter the garden to access the tea shop). Parking is free, and well-behaved dogs (on a lead) are welcome in the Garden.

The gardens are very close to Lea Bridge and Cromford, which are part of the Derwent Valley Mills World Heritage Site.

The elderflower trees are are just beginning to flower here in Derbyshire and I cannot wait to get started with some elderflower cordial.

This is the recipe that I use;


Method
Tap the flower heads gently on a hard surface to remove dust or insects. Put them into a large bowl

Bring the water and sugar to a boil, stirring until the sugar dissolves. Remove from the heat and pour over the elderflower heads. Stir in the citric acid, lemon juice and zest. Cover and leave for 24 hours to infuse.

Strain and pour into sterilised bottles and seal. Unless you are planning to keep your cordial a long time then an old squash bottle, thoroughly washed out will be fine. The cordial also freezes well.