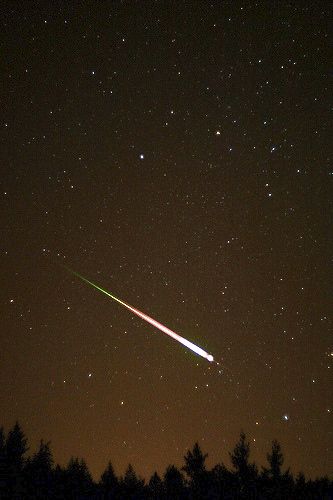 The 11th and 12th August will be best nights this year to watch the Perseid meteor shower. Our holiday cottages are in a great rural location with very little ambient light to spoil the show.

The meteors originate from a comet, Swift-Tuttle, which orbits the sun every 133 years. As the earth travels through the trail of the comet pieces of icy dust left by the comet burn up in our atmosphere.

Just in case you are wondering, we are unlikely to be on a collision course with the comet for another 2000+ years – phew!

The best view will be in the earlier hours before dawn after the moon has set. We can provide garden chairs, a flask and rugs to keep you warm. You just need to look northeast and be patient!

The weather at the moment doesn’t look like it is going to co-operate but we live in hope.

The best dates for next year will be 12th and 13th August if you want to get your Peak District holiday booked!